Hugo Meyer was another little known helmet builder . He worked from Holsenbrucke which is in Kiel in Northern Germany. Kiel is a Port which connects to the Baltic Sea and has access to all the Baltic Ports. It is also close to Lubeck where the Dreager factory is locted. It has been suggested that Hugo Meyer was not a helmet manufacturer but a distributor of other helmet manufacturers. Whilst this may be the case there is no evidence we believe to confirm this theory . If fact when comparing the size of the helmet to all the other makers the Hugo Meyer is in fact larger than all of them. There are of course many similarities to the other makers designs but all the 3 bolt helmet from Germany are very similar as the original design from Denayrouze as this was the style adopted by the German Navy. 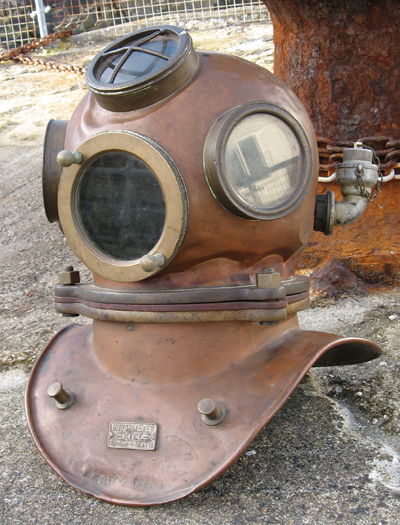