Carl Schumann of Hamburg was a little known helmet maker of the early 20 th Century.
It is believed very few of these helmets exist today and so far only 2 are known. 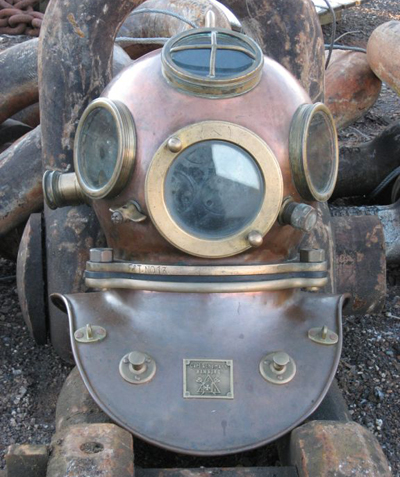 The classic 4 window design can be seen in the construction of this helmet. There is a spitcock on the diver’s right hand side and a connection for a bail out or emergency air supply on the Diver’s left hand side.
There are lashing eyes on the breastplate. The air exhaust valve is unusually large and protrudes from the helmet further than any other valve we have seen. 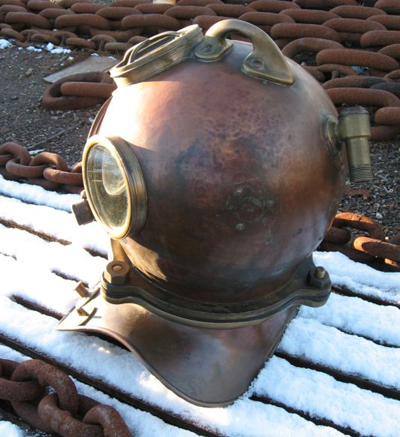 The rear view shows the air intake connection with the Non return valve. It is located in an unusually high position.
To the left of the inlet valve there is a patched aperture which once would have been a fitting for a re breather back pack also in an unusual position.