The general concept of a suit using only rotary joints goes back to at least the 1920s; both Campos and Bowdoin have patents showing rotary jointed diving suits. This idea was developed further at the Ames Research Center in the US by Herbert Vykukal. He built a series of hard space suit prototypes. I first saw a photograph of one of his suits, the AX-2, in a catalogue of ball bearings in 1981. This suit whilst not his final design was, in my view, the most elegant. 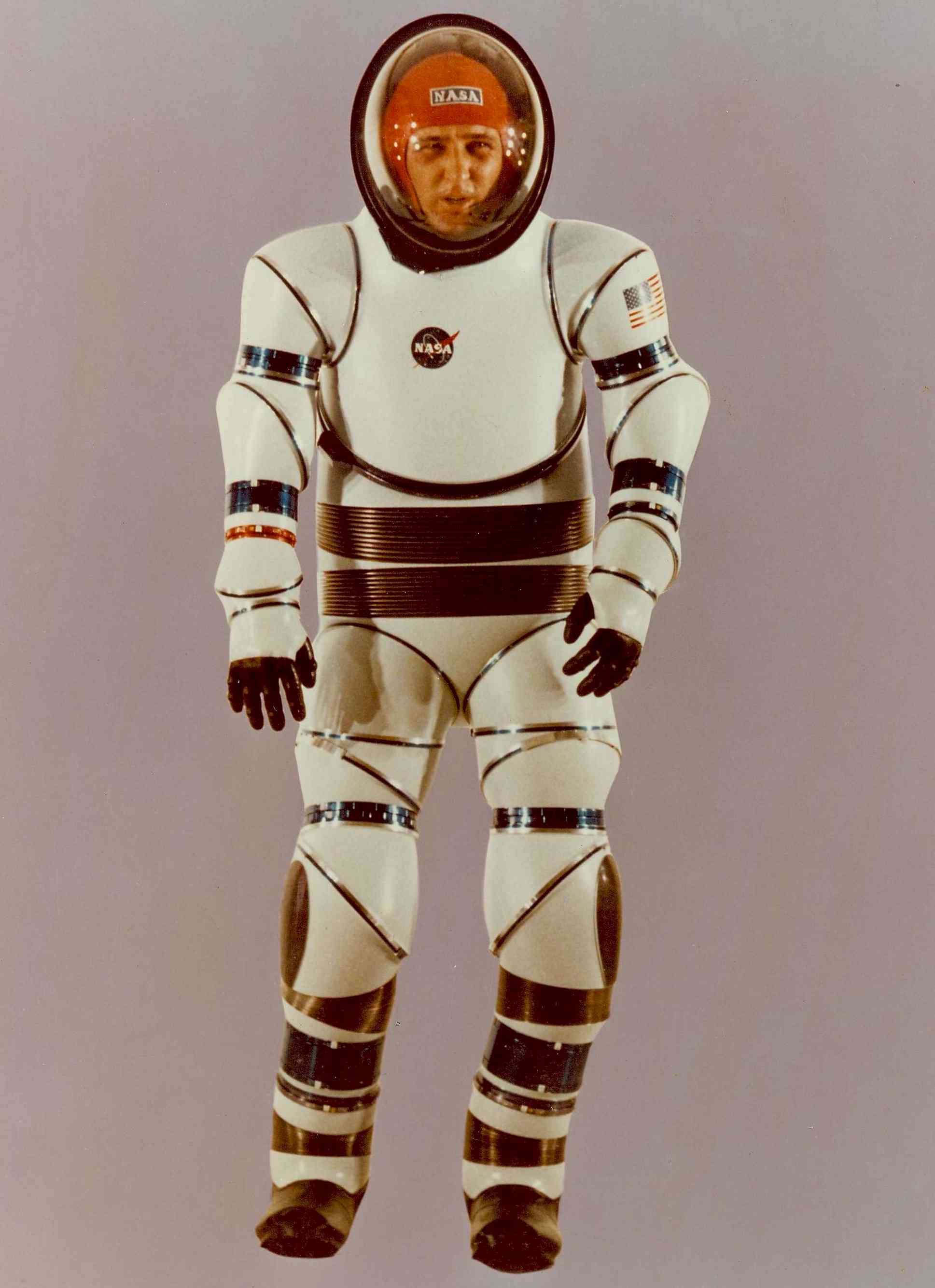 The inventor Vic Vykukal in his suit.
Please note, the AX is a space suit and not a diving suit.
Photo courtesy of Vic Vykukal